It's Joe's birthday today! Have you wish him yet? haha :D
We had a fun party last Saturday night to celebrate that he is getting older again! I have been planning for the party since a month ago! I love planning for parties because I get to plan on games, food, deco, designing and a lot more fun stuff! I've shown some of my plans to some of my friends before his birthday and they said that I'm insane by doing all those stuff. hahaha

Let me show you what I've done for the birthday boy! The theme was Joe's All Time Favourite! 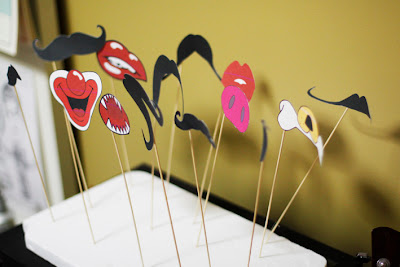 Firstly, I've done up some cute mustaches and mouth on sticks for home Photobooth! This is not Joe's All Time Favourite but it's mainly just for the fun of it just incase the girls got bored when the guys are drinking! 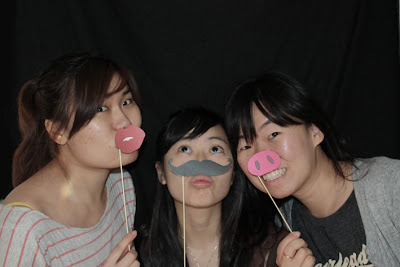 Then the food! Main thing in the party! We've got Fast Food theme! That includes burger, nuggets, chips, pizza and salads! Thank god I've got some girls to help me with cooking the food! I don't think I can do it all by myself on time! Good thing I've got the recipe & menu written and printed out, the girls got the idea pretty much straight away! Ahh~ good helpers~ hahaha 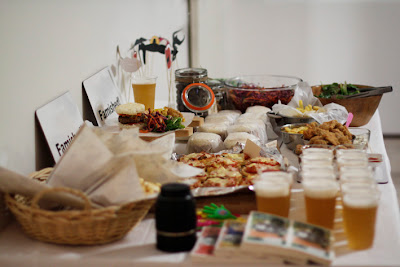 I'm just amazed for what we've put up! Look at the food on the table!!
Here! Let me show you some close up photos haha 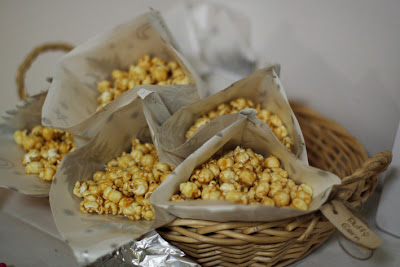 I've got Caramel Popcorn, Maltesers and Honey Cashews for them to munch!

and this one is a plate for the birthday boy! I got the cute wooden pig chopping bored in less than $10 from Crazy Clarks! It's so soo cute! 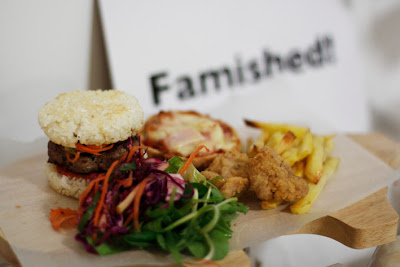 These are what we got for the night!

Korean Rice Burger from Masterchef S3! You can get the recipe from here!
It taste like bulbogi to me hahah.. yum! To bad I had the rice cooked for too long, it became a bit dry to eat. But still yum because of the Pork belly patty! I got Torre butcher in Northbridge to mince the pork belly for me. They are very friendly!! 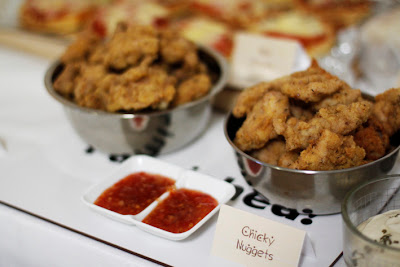 Then I got the homemade chicken nuggets which were coated with some onion powder and garlic powder to give a different taste to it. 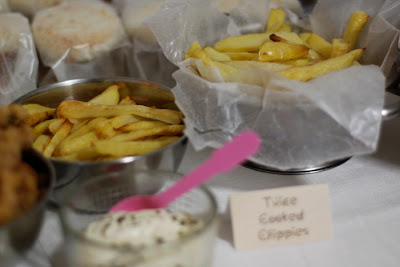 Twice cooked chips! Boiled it then oven it! 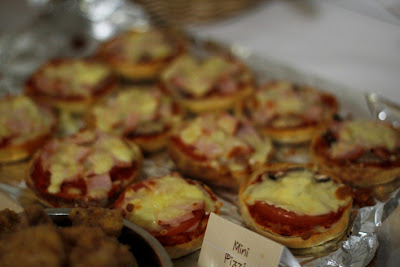 Mini Pizzas! This is a cheat version of pizza by using english muffins as the base! I didn't get to try it but my friends told me it's nice! I think I will have to make it at home again for myself to try haha 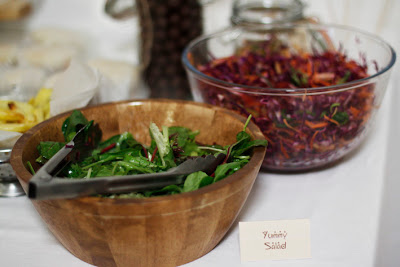 Then the highlight will be ALCOHOL!! Joe's favourite! But with a twist! 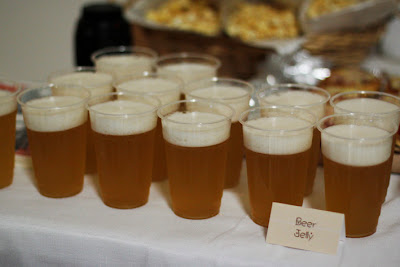 Beer Jelly!! Doesn't it look exactly like beer in a cup? Well, it is! except it's in jelly form!
At first I thought of making red wine jelly because Aeroplane Jelly had that flavour on the supermarket shelves! But then I thought it won't blend in with the theme! Red wine with fast food.. hmm.. then I thought of Beer Jelly! Had a little hope while googling and found the recipe from this blogger!!

Everybody was amazed that beer jelly actually look like beer! haha This is totally a fun recipe and taste and smells good! It has a lil lemony tang in it. Yum!

Then I've some bingo cards created for everyone to play! Joe's family plays bingo every time with the guest when they have Christmas party at home! So I thought it will be fun create the bingo game just about him! Yes! Thinking 25 things that what Joe likes definitely take me quite a while haha but I had fun laughing at myself while creating it. 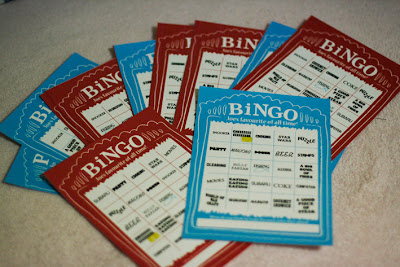 Another game that I've made up was called "Pick a Game, Play & Drink"
It has 8 different drinking games. Joe had to play with 8 of his friends. 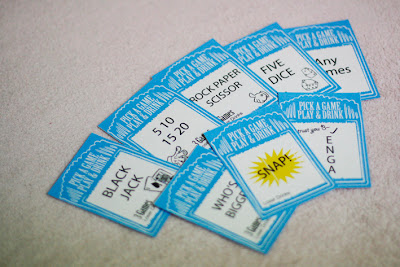 Main point of the game is the loser had to drink. Some how Joe was lucky that night, he didn't drink much at all with these games! I did tell them to win in order to make Joe drunk! 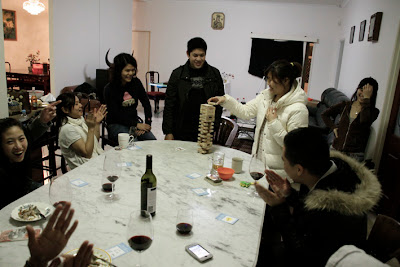 I think my cousin managed to make him drink a lot by playing "F#%@ the Dealer"!
He just kept drinking and you can see my cousin is really happy to see him lose haha 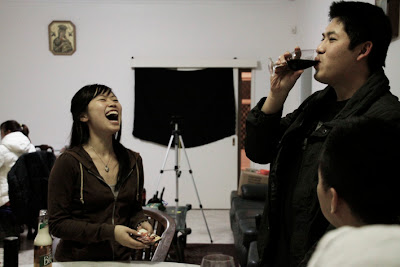 Birthday song sang to the birthday boy with his favourite black forest cake! 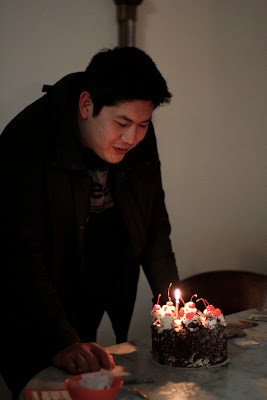 and the group of friends got him a very good chef knife!
The Brand is Kasumi (literally meaning 'Mist' to reflect the pattern that damascus steel gives to the knife) and the type is a Santoku, a japanese multi-purpose chef's knife.

and I got him a Silit pan that he wanted to buy since last year!

Overall we had a great night catching up with friends with games and food! 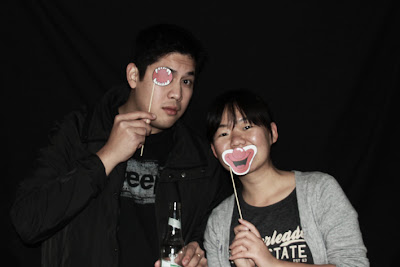 Happy birthday to you and wish to plan more of your birthday parties in the future! :D
xoxo

It was great fun! except I don't think there's enough food for everyone! 0_0 ops hahaha

HAPPY BIRThDAY Joe!! for the record, I'm sOoOoo super jealous of you! hehehehehehe!!