This year's Good Food and Wine Show is AWESOME! So much food! So many Fun!! Got there about 12 ish in the afternoon, bought the ticket and head straight to box office to get another tix for cooking demonstrations by celebrity chefs!

Jenny was there with her friend and she got Joe and I some extra tix to see Matt Moran's demo. Joe and I got Gary and George's demo. Jenny was so pumped today she watches all 4 cooking demo! Anne Gare, Matt Moran, Manu Feildel, and George & Gary! I can't believe she watch all of it! hahaha It's good that you can actually get the tix for other shows on that day itself for free! 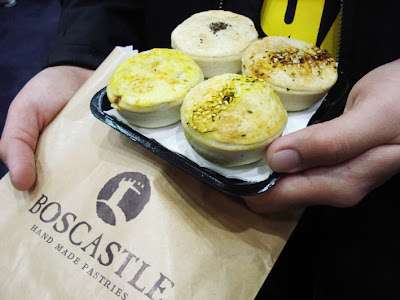 We were quite hungry when we got there, so we decided to attack the food section! Tried a few "free food" from different stalls, then we saw the Linley's Gourmet Pork Burger for $8. Bought it, ate it :D 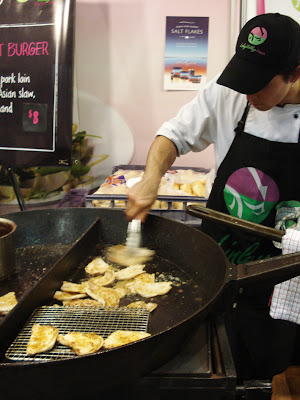 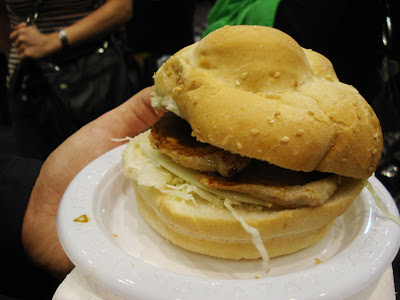 It's a pretty good burger! haha 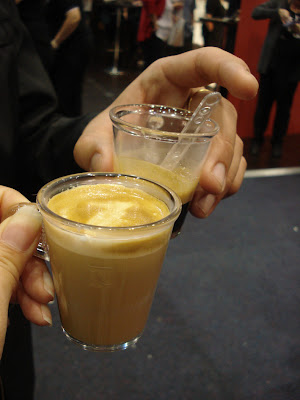 Then we have Nespresso Coffee. I got Flat white and Joe got the Espresso. I don't really drink coffee but I love the mini coffee plastic cup! hehe Drank the coffee (pretty good!) and kept the cup :P

Then we have Poh Ling Yeow's Dong Po Pork and Sago Pudding. 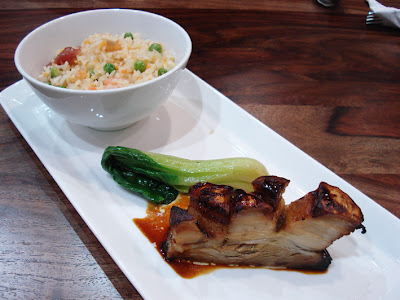 We were a bit disappointed with the pork though.. it was a bit rubbery on the skin and taste was not there.. But of course we understand it won't be good quality because it wasn't cook to order, it was like buffet style, cook and leave it on the hot tray for a period of time until serving. For $24, not really worth it. 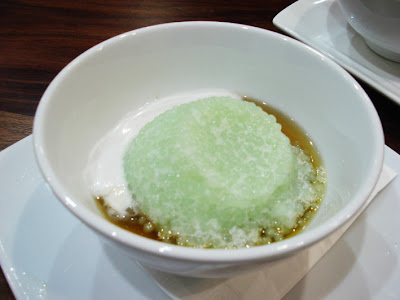 But I quite like the Sago Pudding! Not too sweet and soft :)

You know I won't just be going there for the food..
HONESTLY... Come on.. There were Masterchef's ex contestants cooking and signing cookbooks and Celebrity Chefs too! I literally stalked them! and get my book signed by them too! AWESOMENESS x10! 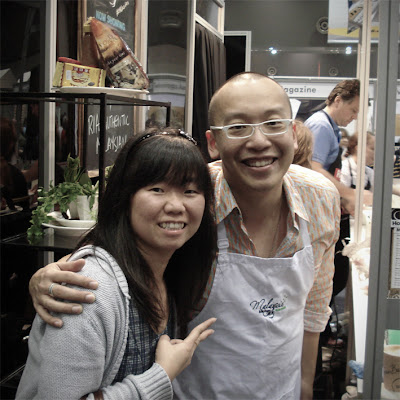 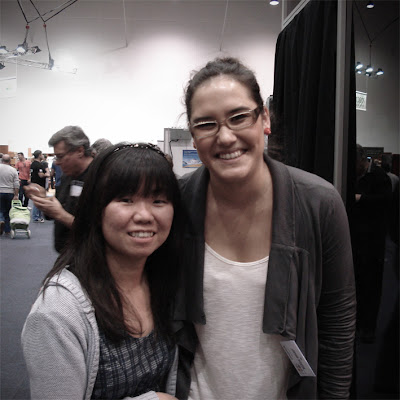 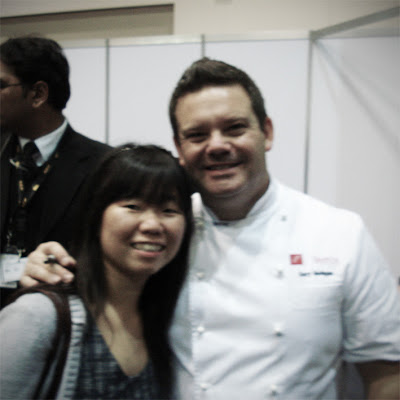 Didn't get the chance to take photo with George again, he was busy and signing session is over. It's okay cuz I had a photo with him when I was in Melb at The Press Club. :D 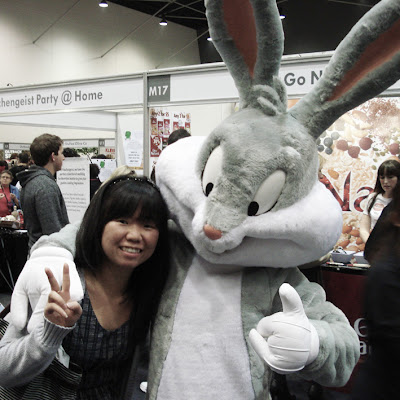 and I stalked Bugs Bunny too!!! Yay! 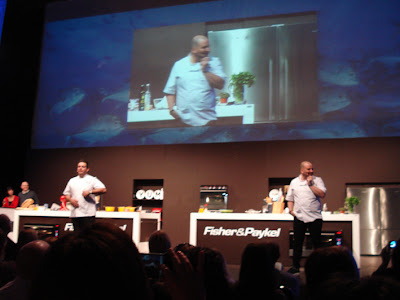 We watched 2 shows and it was hell funny to max!
At Matt Moran's show, there's this girl came on stage claiming that she is a vegetarian when she's actually not. Then refuse to leave the stage and continue to entertain us by annoying Matt Moran! It's sooooo funny! I thought she is a genius and BRAVE to be up there! hahaha I wanna be up there too! :P

As for Gary and George's show.. It's just amazing to see both of them live! They are very very nice people and very humble! George is always the cute one who will say something really silly and makes everyone laughs, while Gary is always a gentleman and have a warm heart. Love them both!

After their shows, there's a cook off between Matt Moran (representing South of Perth) and Manu Fieldel (representing North of Perth)!!
It was so funny because Manu's stove didn't work at all and he had to use Matt's stove. There were both so rush to cook everything within 20minutes and they ended up yelling out for Gary and George (who are actually signing books outside) to come in and help them! When 4 of them work together, you can just imagine how quick they cook and how lost they look on their faces! Hilarious!

I took a short video of them cooking their ass off! Not very clear but I just had to share this hehe.

Make sure you go to the GFWS tomorrow! It's the last day and it will be awesome! XD

Email ThisBlogThis!Share to TwitterShare to FacebookShare to Pinterest
Labels: food, masterchef, others