I have totally forgotten to blog about my last day in Melbourne! Silly me! Edited the photos and thought that I have blogged about it.

On the last day in Melbourne, we didn't plan anything much and didn't want to go anywhere too far. Decided to just hang around in the city, explore a bit more since the city in Melbourne is like 3 times bigger than Perth's city. 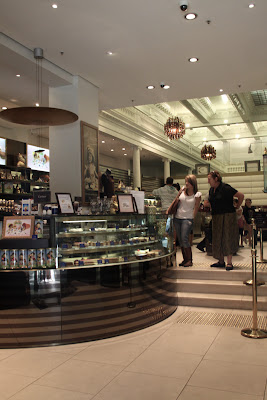 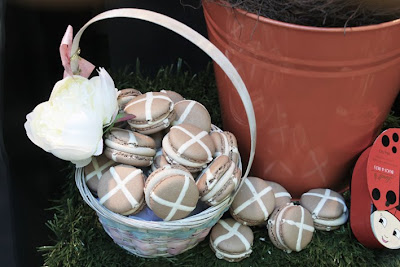 What caught my attention is when I passed by Lindt Choc Shop is the Easter's Macarons! Soooo CUTE!!!! Such a good idea. 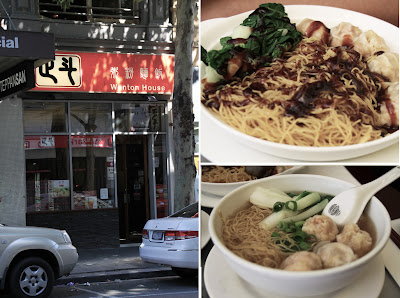 Time to feed our tummy darling. I did a bit of googling and found this place. It is call the Wonton House. It has good reviews so we decided to give it a try. Something lighter at least, since we have been eating like a monster the past 4 days. :P

Joe had the dry noodle and I had the soup noodle. It was pretty good. I like the noodle, cooked just the way I like it and wontons were nice too! I probably will love it even more if the soup has more flavour in it. 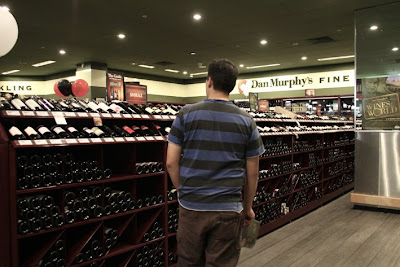 We stopped by Dan Murphy at QV because Joe loves Him. Nah.. jk.. Dan Murphy is a alcohol shop that sells everything alcohol! Premium wine, beers, liquor and more. 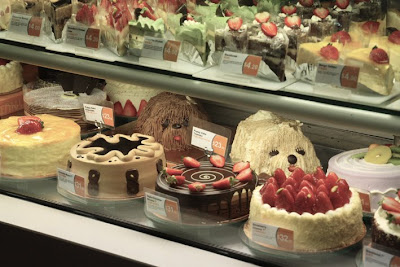 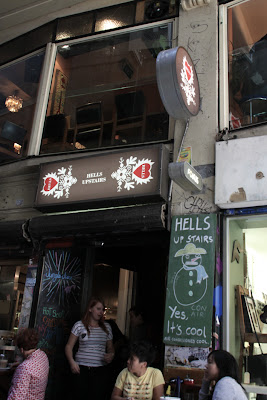 After that we started to walk into the arcades. Arcades by arcades then we found a street of COOLNESS. Not sure what is it call but that street is so artsy, I fell in love to it! 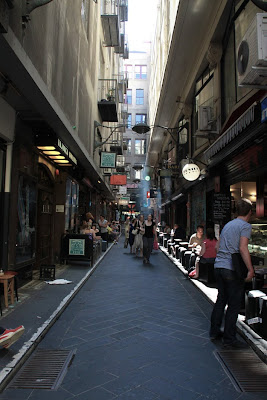 I call it the Soup Street because they got lots of Soup shops! All mini shops and there are selling at least 8 different kind big pots of soup! There's cafes and some clothing shops too. 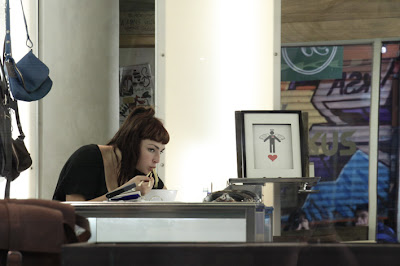 Even the shopkeeper look like a piece of art! Don't you think she looks like a model from magazine?? 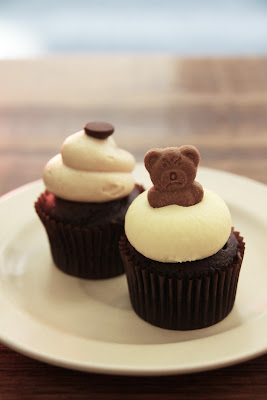 Okay now.. Don't drool all over! I know it's cute and delish! My friend told me about this place because it's her favourite! I went there and got myself 2 lil cupcakes! No doubt it's yummy! 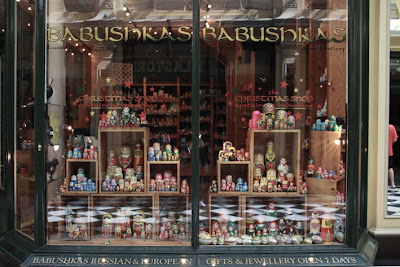 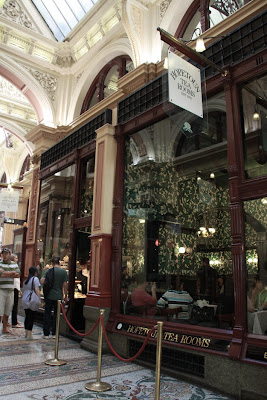 I didn't get to go to this one because I was quite full. But this Hopetoun Tea Room looks like a popular place to go! CAKES CAKES CAKES! 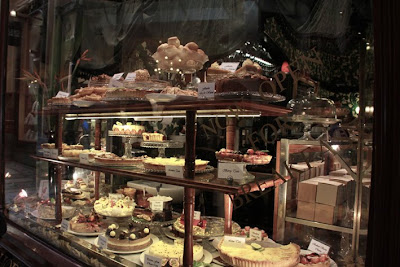 It was packed when I got there. So Joe and I decided to keep this place for our next visit to Melbourne. Don't know when yet hahaha but we will definitely be back! 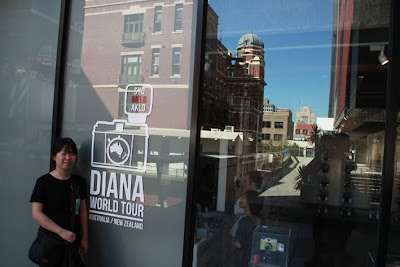 I was so lucky that day because DIANA is on their WORLD TOUR! Only in Sydney, Melbourne and Adelaide. What about Perth!!!! . 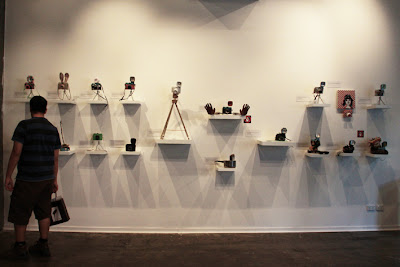 I was excited to see all kinds of Diana there! 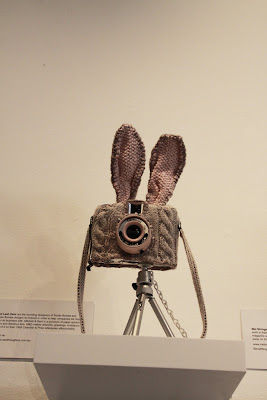 I felt like making a bunny costume for my Diana F+ too. :D
Unfortunately I don't know knitting. Okay.. not even sewing. So forget it. 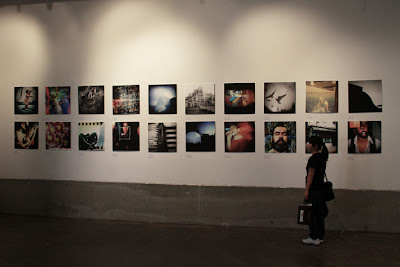 Diana World Tour Includes:
The Detrich Collection - a collection of over a 100 original Diana Clone Cameras produced from the 60’s to 70’s. The DWT Global Vignettes Collection - the coolest collection of Diana images that you are ever likely to witness from all around the world and the Customised Clones Exhibition - a collection of 25 Diana cameras, customised by some of the most interesting artists, illustrators, creative types and good-time Lomography friends that Australia and New Zealand has to offer. Each clone is a complete one-off and will be exhibited as part of the 3 city tour and auctioned online to raise money for a couple of charities in need of our support www.seethroughme.com.au and World Child Cancer. A number of workshops will also be held to share the true fun, techniques and tips of the Diana F+. 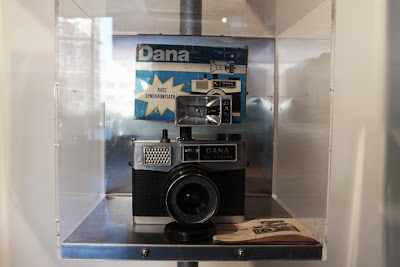 1 of the Diana Original Clone. You can't imagine Diana Clones out there. It's unbelievable and people collects them! 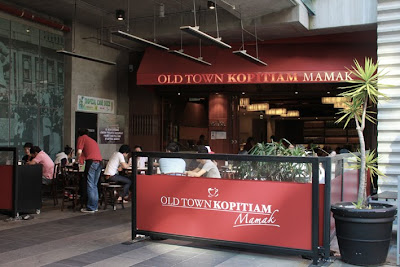 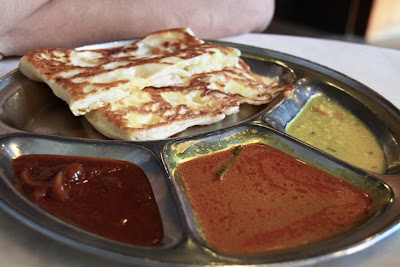 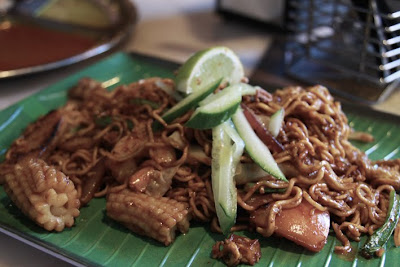 I had the Mee Goreng. 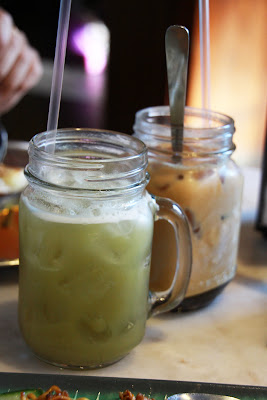 Roti Canai was good. Mee Goreng was a bit too salty for me. Didn't manage to finish it though.
Sugar Cane.. non in Perth, so I was really happy to have it!

That's the end of my Melbourne birthday trip.
Joe and I thoroughly enjoyed our Melbourne trip, or I should say Food trip. We promised ourselves that we will definitely be back some day to continue our Food adventure.
But first of all, I think I gotto start detoxing!

I love love love sugarcane juice, and ur blog! I know of a few places in Perth that serve fresh sugarcane juice which might make u happy. Ben Thanh in Honeywell Blvd, Mirrabooka, share a shop with the fish and chip shop. There is one in Newpark Shopping centre near the commonweath bank on Marangaroo Ave, Girrawheen and another in Summerfield shopping centre on Girrawheen Ave, Girrawheen. Make sure u try a pork roll while your there!