Guess who is coming to Perth?? 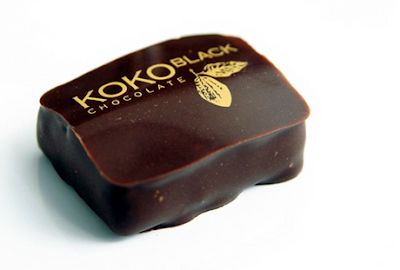 Yes thats right! Koko Black will open their first salon in Perth at the Claremont Quarter on Tuesday 22nd March 2011!

Koko Black opened its first salon in Melbourne and it grabbed the attention of all the chocoholics out there because of the unique Koko Black Chocolate experience and after several more successful outlets, they have finally made their way into Perth!

YES!!! i saw it a few weeks ago! was just thinking when it'll open...and saw on your blog now! yay!! that's tmr! :D
i miss having a thick hot choc at Koko Black in Melbourne with my friends.

ps: good thing that it opens til late everyday! a new hang out place! :D

Dyamn right L! A reason for me to go there at night now! hahahahaha
Maybe I'll see you there then! ahahah

yeap! you will be there everyday rite hahaha

Yea, really should try it out soon. :) Sounds exciting.

yea weng! make sure u do! try the Queen of Hearts.. yummo!