I had quite an exciting 3 days trip in Margaret River last weekend with a group of friends.
We booked a big holiday house with a beautiful sea view at the balcony. 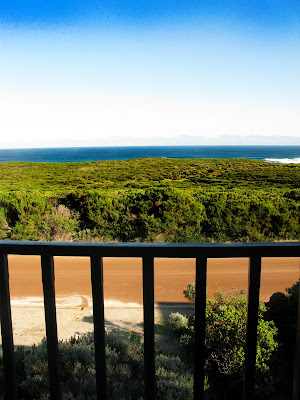 This is our second time to Margaret River but this time we have such a great time because we have planned an activity for ourself. (Will tell you later) 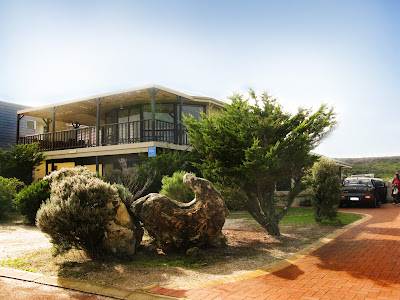 We did the usual Margaret River Wine tour and I finally got a chance to dine in the famous Vasse Felix. 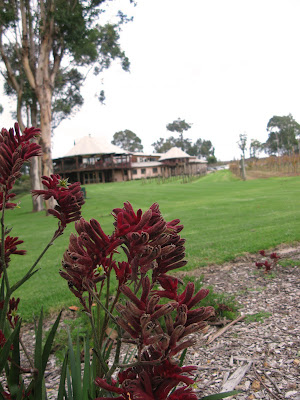 I was quite excited when I got there. It's Vasse Felix! It's the best restaurant in Margaret River! Sure I'm excited! XD

Their menu sounds really yummy and they do set lunch too. But I went for ala carte.
This is the entree. I had the one on the Top Right. Tasting Plate.
To be honest, the taste was quite uninteresting, it doesn't give me the wow factor. I don't really like it because the smoke cheese tasted a lil bit bitter. I hate bitter taste. yurk. 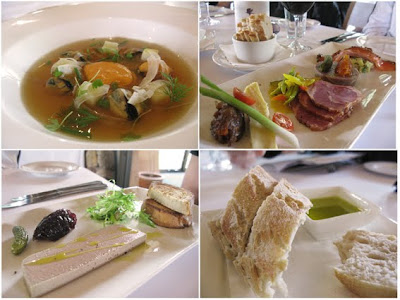 The mains.
Mine was the one on bottom left.
Rolled Lamb & Stacked potatoes. Lamb was abit tough for me, but Im not sure if it's just mine because Joe and Mark had the same thing, they said the lamb was nice and soft. So, Maybe I'm the unlucky one. Stacked potato wasn't soft enough. I had nice ones before, so compare to this, I'm not happy with it. 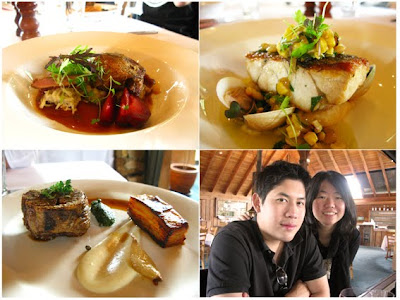 Dessert.
Top Right. Lemon three ways.
Dessert is the saviour. I love the lemon creme brulee, love the one in the middle, I don't know what's it called but it's so nice and sugary!
Joe's Blue Cheese platter was amazing too according to Joe. 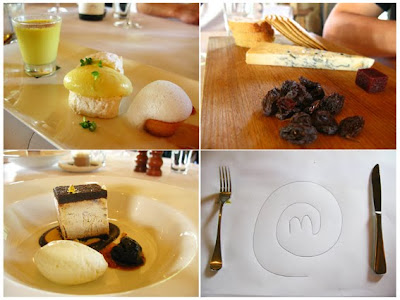 What's that M in the picture for? Yea.. I was bored while waiting for my food, I got a pen and I started drawing on the paper of the table. It's the Masterchef logo! It was so huge and bang right in the middle, the waiter and waitresses had to stare at my M when they serve me the food. I was so embarrassed! Oh well, Masterchef is awesome anyway. :P

This kid below is the cutest kid ever! I saw him at a winery and started taking photos of him. He run away from me at first and looked really shy, but after a while, he started following me! I don't really dare to play with him because I'm afraid the parent of the child will think that I'm a kidnapper. So I just squat down and say hello. Handed him a brochure, he took and started pointing at outside.

I looked out the door and there are swings out there. He wants me to bring him there to sit on the swing. I was like awwwwww... I want to.. but I'm afraid that your dad will kill me! I miss that lil bugger! He is soooo photogenic! :P 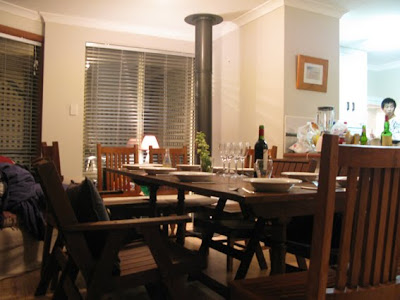 What else did we do in Margaret River for 3 days?? If I tell you this, I'm pretty sure you are going to say that we are insane. This is the planned activity that I was telling you about. :P

We had a Masterchef cook off! The Boys Team and the Girls Team.
We basically spent the whole evening cooking a huge and impressive meal. That's not it. I actually film everything from preparation to cooking to judging! It was FUN! 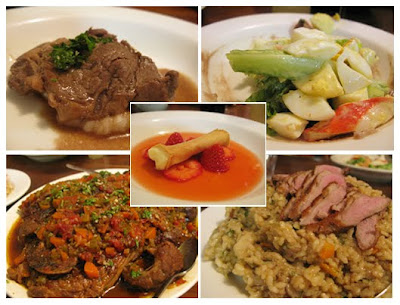 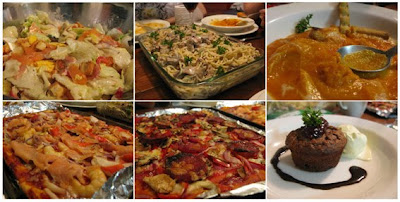 The experience was awesome! The funniest part is the judging. We were cracking up while the boys judging our dishes. They were so dramatic! I will post up the video soon after editing it. I think all of us can't wait to see the Spoof of the Masterchef. It's gonna be hilarious.

It's really a fun and happy holiday for me because of a group of friends that crapz so much.
No internet, No phone connection, No worries. I think this will be our last time having holiday together because there will be 5 of us less next year. 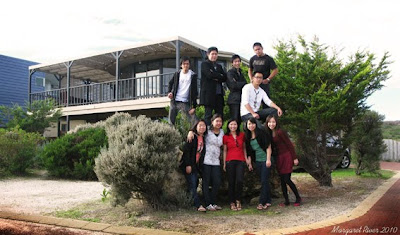 and confirm u do the hazelnut. HAHA

shit mehhhh ahhahah i did the soup (look shit there cuz I forgot to take photo until I ate it half way) I did half of the dessert but kristy did most of it :)

You have a very good blog that the main thing a lot of interesting and
useful!hope u go for this site to increase visitor.