HBF Run for a Reason

This is a my first ever walk/jog-a-ton.
Following my brother and sister's footsteps. hehe
My brother have been doing it quite a few times and I thought it was cool. I also thought that it's easy for some reason. -_-"

This is my free t-shirt from the sponsor, The West Australian. I know I look so weird with huge T and huge pants! When I ordered the shirt, I didn't expect to be a unisex M size! and the pants.. I don't know, I got it when I was in high school, maybe I thought it's cool to have big baggy pants. stupid.

The down side of today is the weather. It was freezing cold & windy. I got up about 5.30am, get ready and head out at 6am to catch a free train ride to the city. 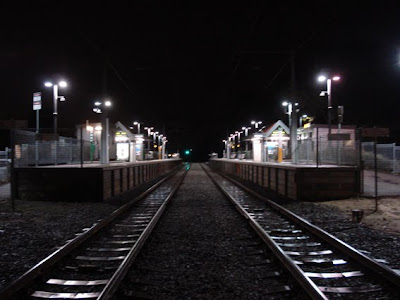 Then caught a free shuttle bus to the event at WACA. The bus ride queue was so long, every bus is pack with people! 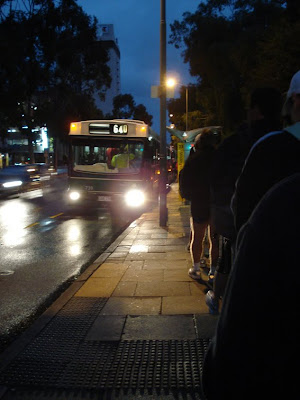 Yeap! Toilet time. Nobody wants to hold in the pee in the cold and running 14km or walk and jog the 4.5km. I'm so glad that I chose the 4.5km, because I'm a weakling! I thought I can run the whole way slowly but it's just impossible.. you know why? because of the up hill and down hill! Gosh! Killing me! 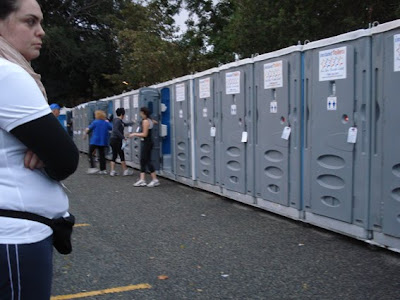 I just find these colourful people hillarious. I don't know why they are wearing those, but it definitely feel uncomfortable in the head! :P 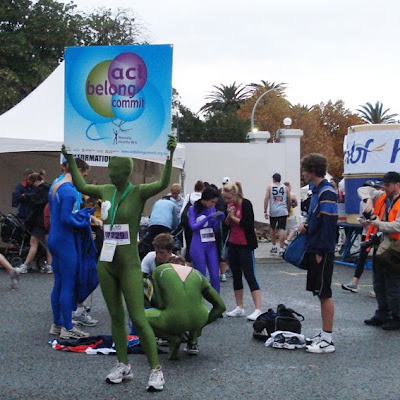 Well, of course I didn't go alone.. I dragged someone along with me.. hahahah who else.. Poor joe :P but I think he had some fun too. Right? right? You better say yes. 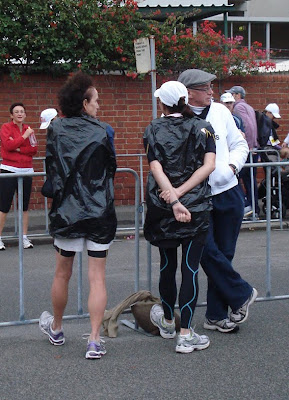 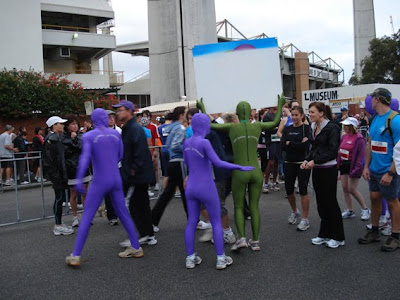 Guess how many people attended this run?
10450 people! It's amazing! 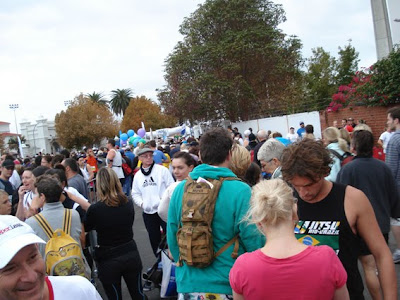 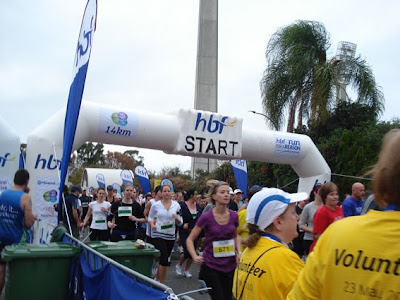 I couldn't keep up with Joe at all man. He kept on running and running and I kept on stopping and stopping hahahah.. I had to ask him to go ahead without me. So I was walking and jogging alone for the next 3.5km. 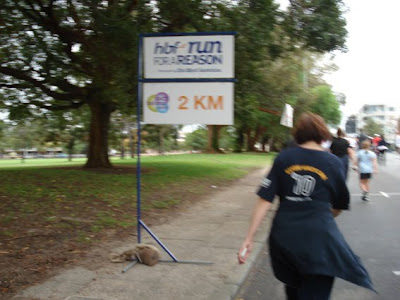 There were some entertainments, drinking booth and security guards everywhere to check on us, so that we don't cheat by running across the garden :P

Finally in the finish line in 39minutes! Joe finishes his in 34minutes. You know I was quite disappointed at myself after that because when running towards the finishing line, I took out my camera to take the video of running to the finishing line!!! But when I check my camera, there's none! bloody hell, I must have forgot to press the record button! 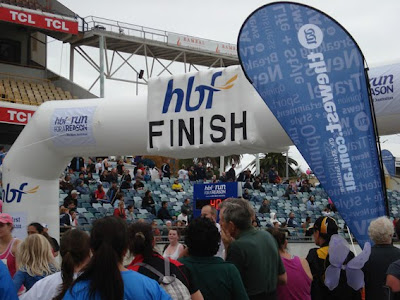 It feels good after the walk and jog. Seeing people cheering and with big huge cameras videoing you. I think the camera man must felt weird seeing me videoing the run. That time I was actually videoing him videoing me! except.. I forgot to press the button.

After that, we got our free liquid and solids. I was feeling hungry after the run!
The man in the middle finishes the 14km run in 45minutes. Thats insane! He must be like super fit la! 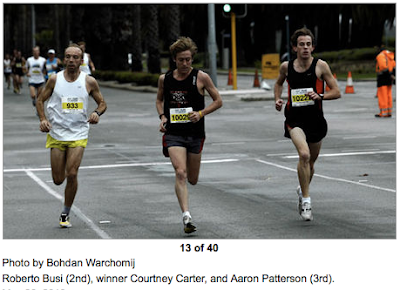 Photo by the West Australian

I had to have big breakkie after the run. 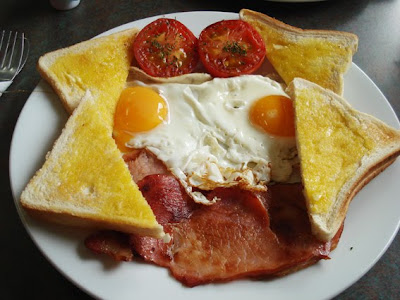 Bring it on! 2 eggs, 4 pieces of bacon, 2 slices of bread and tomatoes!

After the race, got home, shower and SLEEP! Damn sleepy.

Email ThisBlogThis!Share to TwitterShare to FacebookShare to Pinterest
Labels: Personal