I went to Aw Aw's birthday celebration today. It started with dim sum at Dragon Seafood Restaurant. The dim sum there is very good. All fresh and tasty. I love it. But it's hard to get a table though. 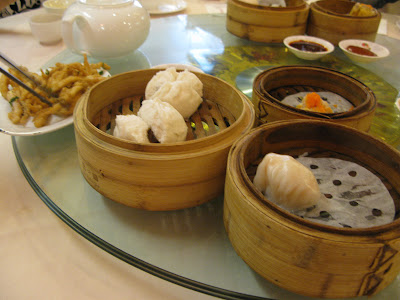 This is the birthday boy. Wahson. Aw aw is just a nick name that our friend Mark gave him, just because he can't pronounce WAH. 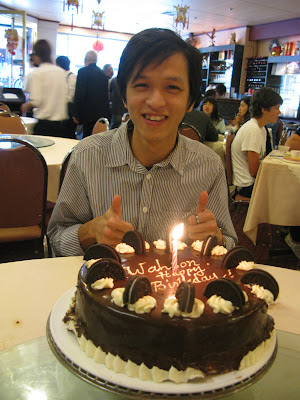 After dim sum, we head to the Lone Ranges in Belmont to play some gun shooting. 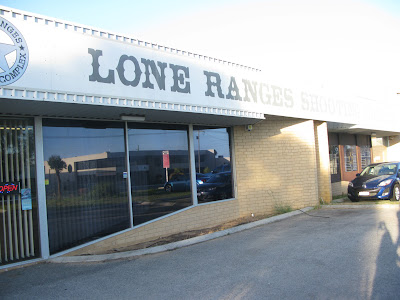 I have always wanted to play gun shooting!!! But didn't get the chance to go. Didn't know it's just 5 minutes drive from Joe's house hahaha 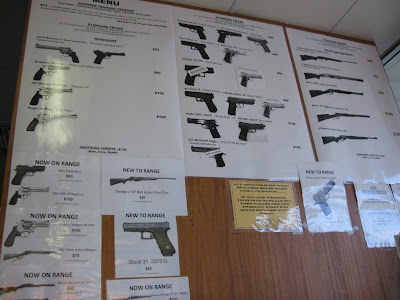 When you go in, you see these guns hanging on to the walls, guns posters, bullets and stuff like that.. very.. cool.. hehehehe Packages range from $50-$200. If you join the club to be as a member, you will get $20 off on anything you choose! I got myself a $50 dollar one, which is the cheapest and the most old fashion one. the 22LR Revolver with 50 bullets. I got it for $30 because Aw aw is the member. hehe. Sweet! 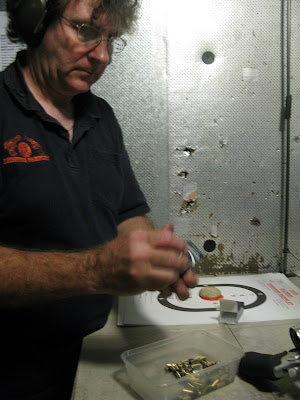 Paid and a man will bring you to the shooting room wearing earmuff and glasses to protect the eyes and ears. 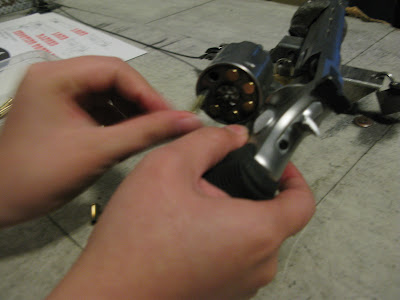 I've been watching those movies with like police running around shooting bad guys and practicing loading bullets and shooting. I finally got the chance to be ONE OF THEM! Loading bullet and shoot! 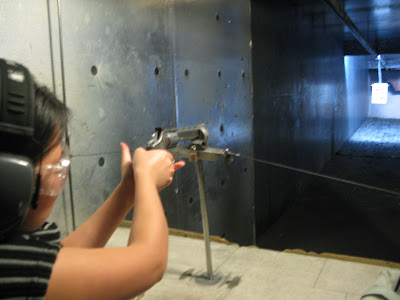 I know.. it looks pretty amature, but it's good to have those metal to tie up the gun. People like me will be very careless and start shooting everywhere or maybe shooting other people's feet accidently. After I get a hang of it, I was doing quite well for getting the bulls eyes!

I AM ADDICTED TO GUN SHOOTING! 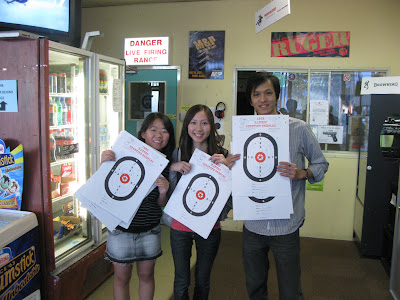 Kristy and I keep asking for more paper because we wanted to see how many bull eyes we can get for 1 round (7 bullets).
The most I can get is only 3 shots. Not that bad for first timer! hehehe 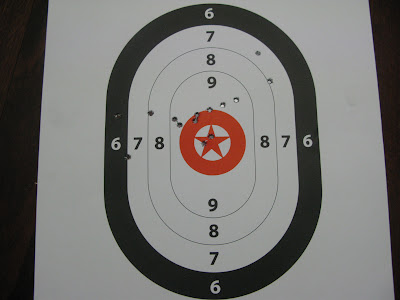 I am goin back there and shoot the hell out of it.