I went to Buddha's Birthday Festival yesterday evening at the supreme court. They have been celebrating the Buddha's birthday since 5 years ago but I haven't been to one. So, I decided to go this year to see what is it like. I dragged Joe along with me to the festival. I tempt him by saying there's lots of food there. hahaha.. 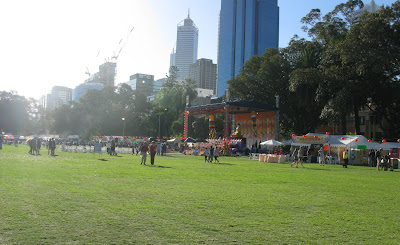 We got there about 4 yish (it started at 10am) and it was a beautiful sunny cool breeze day. We saw lots of tents set up selling chinese decorations, information booth, food stalls and much more. There's even kids rides too. Kids running around, people sitting on the grass relaxing under the sun, people enjoying watching the performances and people eating :) 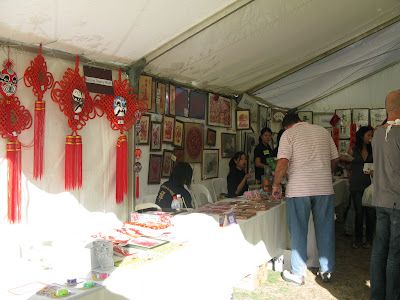 They really put lots of effort on deco and putting informations on the board to let the people around Perth to know about Buddha. It was beautiful. 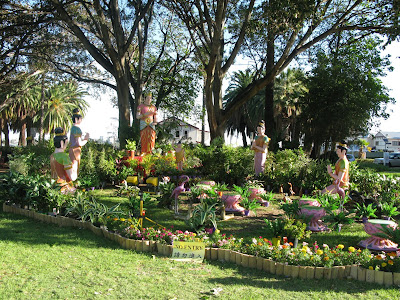 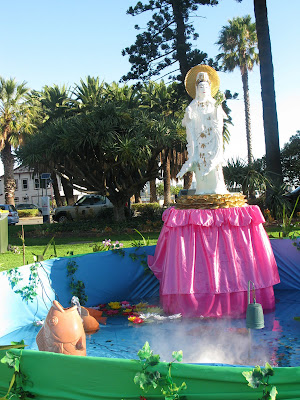 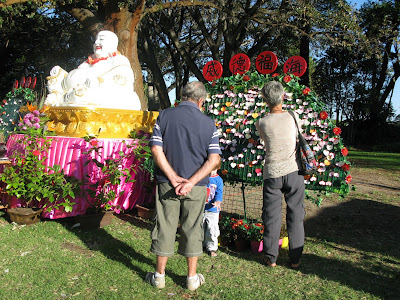 I captured this photo cuz I thought it was beautiful.
A monk playing with a child with the traditional mini lion costume.
At that moment, I felt something really warmth and peaceful. I know it's weird to hear me saying that but I really felt it!!!! True story! :P 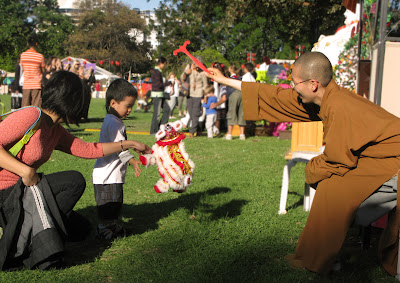 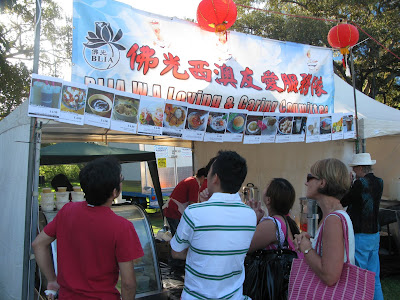 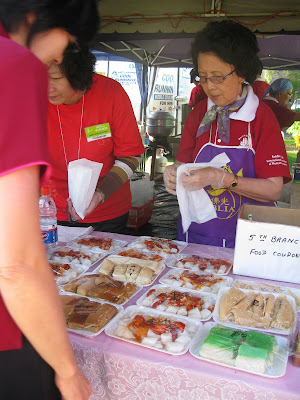 We had quite abit of food that day.
Roti Canai, Vegetarian satay, Chee Kuey, Muachi.. 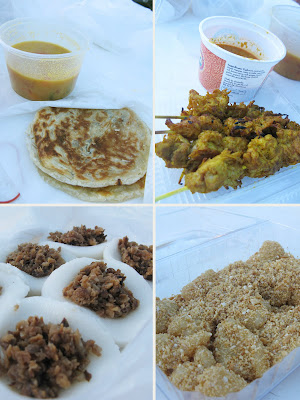 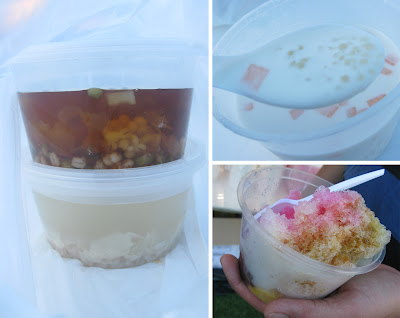 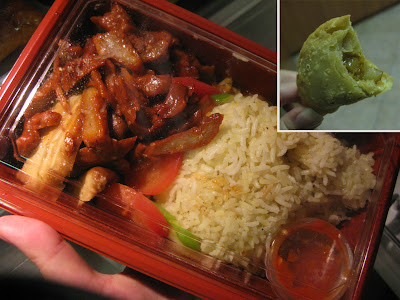 Then at around 5.30pm, we took a slow walk with our heavy stomach to the main stage to see the dragon dance and the Official Ceremony. 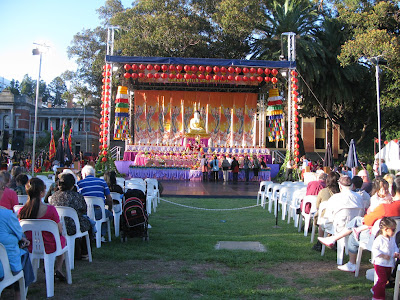 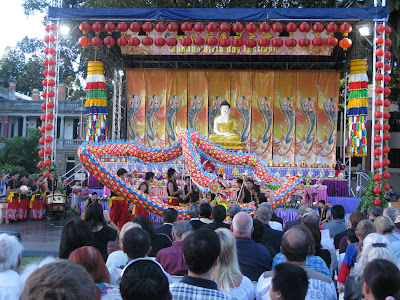 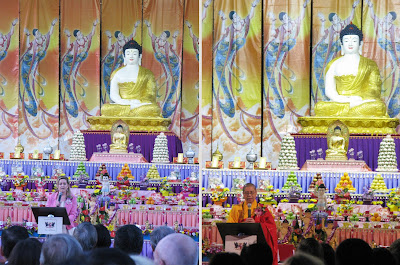 Right after the performance, suddenly the fireworks appear in front of us! It was beautiful.. I love fireworks~ haha

Before we head home, I bought a cute lil tiger lantern for 4 dollars to support the chinese school in Perth. I think the kids made it. It's cute isn't it? 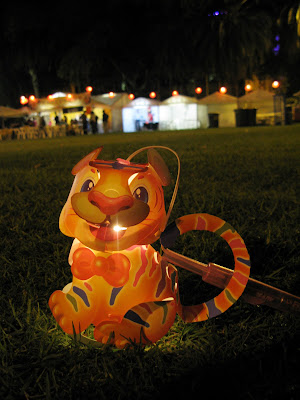