I just celebrated my 27th birthday last day and it was really nice. I have to thank Joe because he made my birthday so perfect.
It was really hard work to plan a barbecue for roughly 20 people. We had to plan-buy-prepare for food, games, cleaning the backyard and make sure it's mosquito free! (There's no mosquito that night. how nice!) 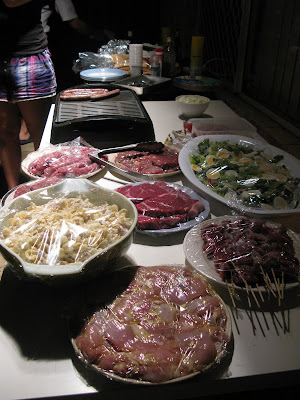 Joe prepare a lot of different kind of food, but he said its not enough for everyone. Opsy!
I didn't have most of the food anyway. Was too busy walking around and talking to everyone.

Look! this is my birthday cake! hehehehe
Cool isn't it?? I love it!!! 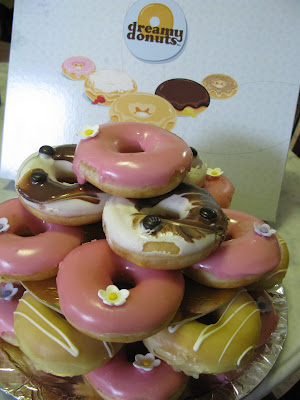 How I got this idea? Actually I didn't came up with the idea. hehe.. it actually happens like this.
Joe and I was buying stuff for the bbq, then we walk passed some donuts shop, so he jokingly said, "I'll just buy you some donuts, then u stack it up, stuck some candles in it. and thats your birthday cake." I looked at him and said "YEA!!! THATS A GOOD IDEA!!"
He looked at me weirdly and said he is just joking. He thought having donuts as a birthday cake is inappropriate.
But I didn't care. I like the idea of stacking up donuts, it's my birthday and I WANT IT! hahaha!!! After thinking for quite sometime, we decided to buy better quality donuts. So I suggested DreamyDonuts, which is in Westfield Carousel.
When we were there, we actually saw the exact idea displaying on the counter. This is bizarre!

They actually sell them like that, but of course, need at least 2-3 days booking in advance.
But the owner was so nice, she is willing to make it for us on that day itself. Unfortunately, she needs 2-3 hours to make it and we couldn't wait, so we just pick those that were on the shelf and stack it up ourselves. Still look nice rite! :P 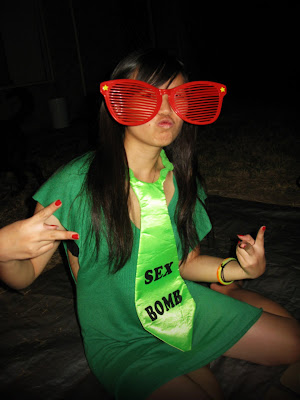 My cousin Eileen came to my birthday party as well! Look at her sexy face hahaha
I bought the sex bomb tie and super huge kenya west glasses for punishment if someone lost the game. I made her wear that because its sooo HER. :P 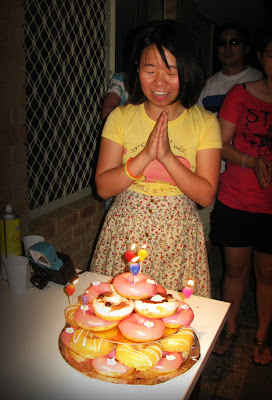 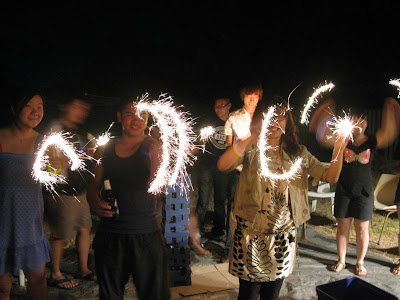 Giant Jenga and some other 'kids' game. It was great fun.
When adult playing kids games, it became violent game. Everybody pushing each other, grabbing each other or got stepped on the toes just to get to sit on the chair. 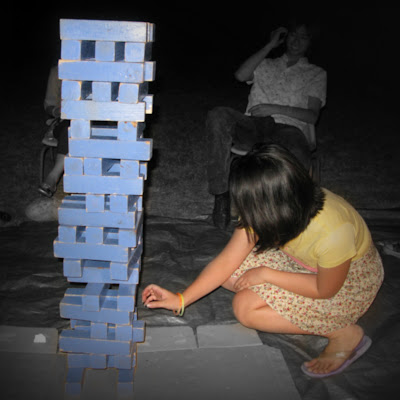 I had an awesome birthday. Laughters talking screaming and doing stupid things.
I got very nice presents as well! I love my presents. Very memorable. 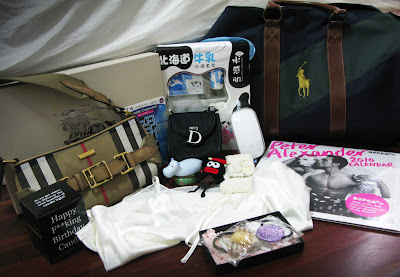 one hell of a birthday party u had. awesomelicious.

so so happy that you had such a great party.. must sayang Joe & Frances when I see them :p

leen is looking so sexy with that dress.. she was holding the camera for you that night, eh? too bad didnt see any photos of you two together!

no she didn't hold my camera. she just keep eating and annoy me haha kidding.

claire took most of the photos of me. and cecile took the ones when im playing the giant jenga!

GOOD la for a change. most of time i only get to see your friends and not you! i need to see my sister you know! faham?! :p

where got skinny. bloody hell cny 10 course meal everyday in msia how to be skinny.

and WAHLAU I GOT SPECIAL MENTION. SHY SHY!

leen, cuz this is the first time u come to my party maaaaaaaaa :P sommore u are our fav cousin, sure mention la~ ahahaha