Lomovember is organized by Pigeonhole. An event to allow all the lomographers in Perth to showcase their awesome lomo photos to the public.
Since probably a year or two ago, Pigeonhole started selling lomo cameras like Holga and Diana F+. It was pretty expensive to me for a film camera, and I wasn't sure about anything about lomography until I went to the Pigeonhole's first Lomovember event. 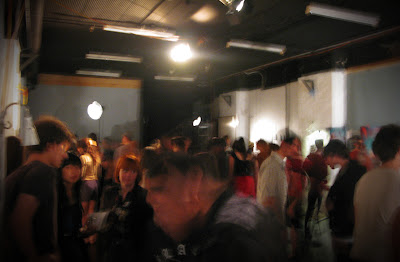 After the exhibition, I instantly fell in love with lomography. I did some research on it and after looking at the price of the camera, it puts me off abit. Until last year's lovely christmas, Joe got me my first Lomo camera, Diana F+.
Using Diana F+ is never a easy thing for me. Never thought it can be so difficult to achieve effects that I want. I even went to the Lomo beginner class. The person who showed us on all kinds of lomo cameras told me that Diana F+ is the hardest to learn and most difficult to use.
I was like... Fug.... -_-"
But I still love my Diana F+! I just need to waste more money on films and developing them til the photos turn out nice! :P 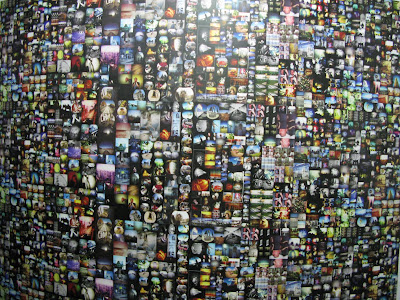 Anyway, Lomovember asked everyone who has lomo camera to submit the best photos to display on the wall and they will have silent auction to sell the best photo. There were prizes too.
Of course I did submit my photos. ^-^ But from a roll of tested film. I initially plan to take this fantastic horror photo that will be model by Bo Young, unfortunately our time is always clashes. So I thought, y not just send in some cute ones that I took.. and I'm not selected obviously. But I'm happy to receive their email and said my photos will still be on the wall but smaller.
Can you find it from the lot?? 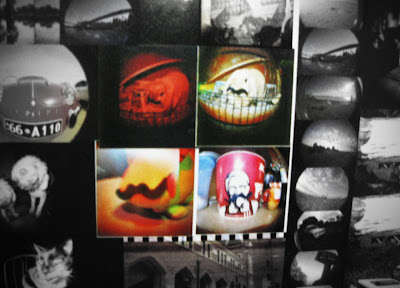 Found it!! My tiny lil photos!!! It took me quite a while to look for it :P
Floppy with moustache, hippo with moustache and Mr KFC bucket with moustache! Well, it's Movember! Sure Moustache everywhere right! :P 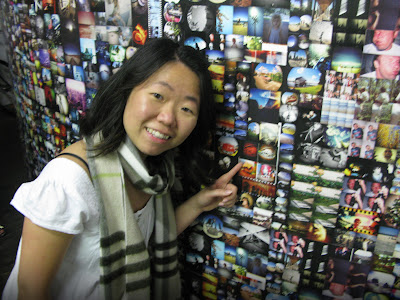 Although I didn't get selected this time, but I will definitely try for the next year Lomo exhibition!