Every year, UWA will have Multicultural week to get all the students and public to have a feast together.
Spring Feast is one of the event that they organized.
Spring Feast is something like Pasar Malam (night market) which people make some food and sell it on the day. 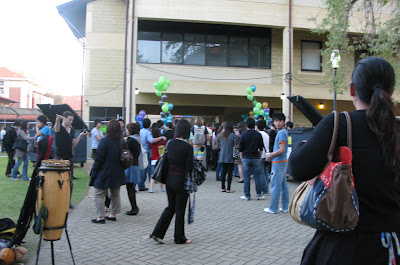 I went there with Frances at 6pm sharp. Everybody is lining up at the front gate trying to get in as soon as they can to grab some nice asian food. 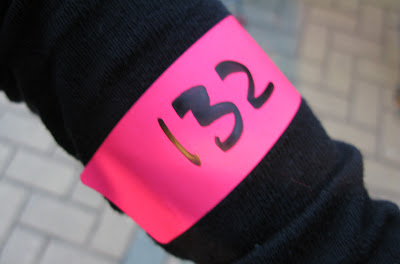 We were handed a number for lucky draw and a show bag. The event was pretty huge as it was the 10th anniversary. 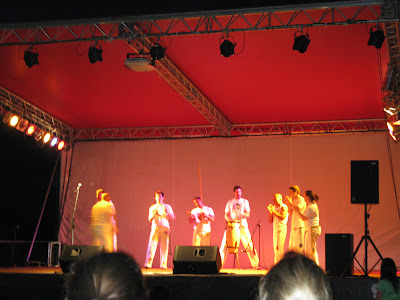 They got a band, dancers, DJ and etc performing on stage. 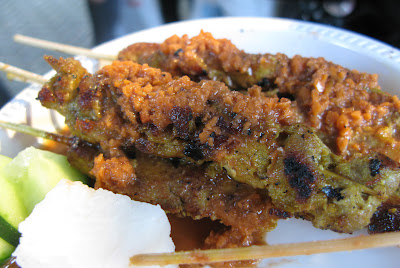 You were right.. I'm after the food. I bought whole heap of food and I couldn't finish it. 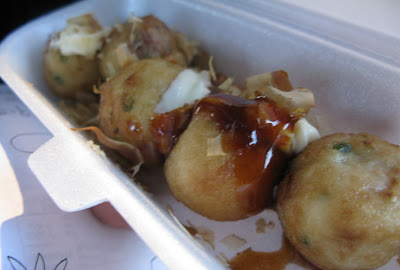 They got tons and tons of different kinds of food! Malaysian, Singaporean, Vietnamese, Japanese, Korean, Mexican and so much more! It was insane! 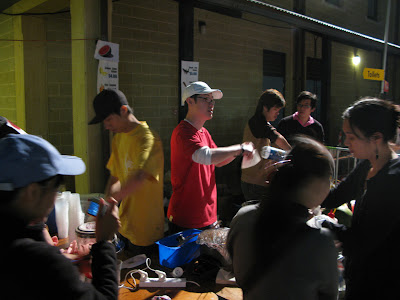 Oh! Saw Alan and Cecile there too! They were helping their friends selling watermelon juice and some other food. 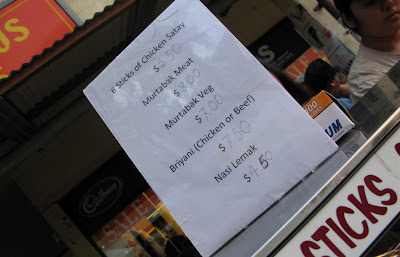 We were there at 6pm, the crowd was alright.. still able to walk around freely and buy things easily. By 6.45pm that place was filled with people! Hard to walk, hard to get stuff, and the people who were selling things were kalam kabut (lost) too!

I was so excited when I was there. I don't know where to start at all.
As you know, since I've been in Perth, I'm always been missing my home country food. 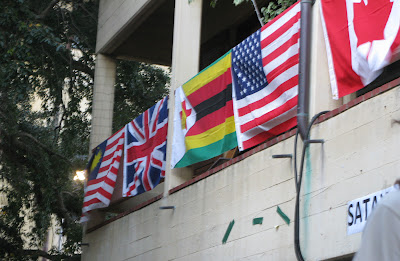 I love my mom's cooking, I love to sit at roadside eating very yummy food, I love seeing rats running around me while I'm eating (kidding. But that proofs that the food is awesome, doesn't make sense but somehow true) 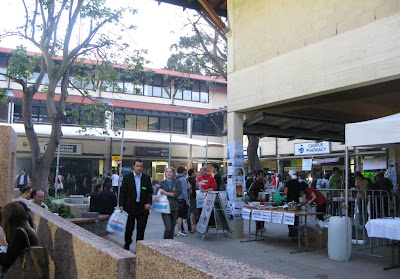 I had Mua Chee too. My favourite since young. Frances was there just for the Mua Chee.
I was dissapointed to know there were no round round shape Mua Chee. 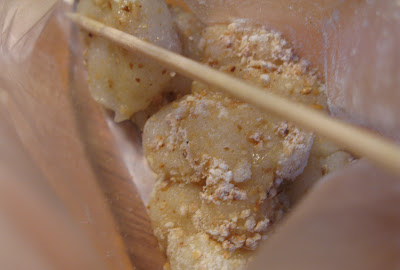 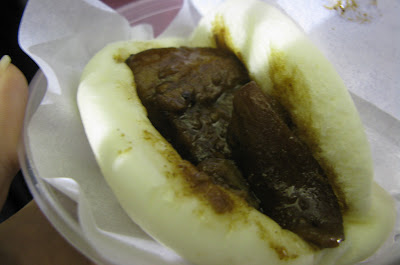 Had the Kao yuk pao too! Quite good! 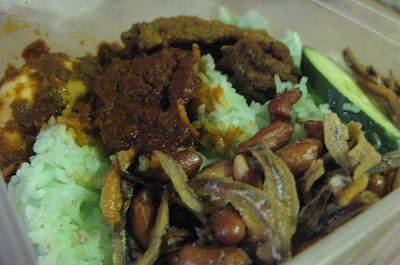 A whole box of nasi lemak. Is so huge I have to keep it for next day lunch. 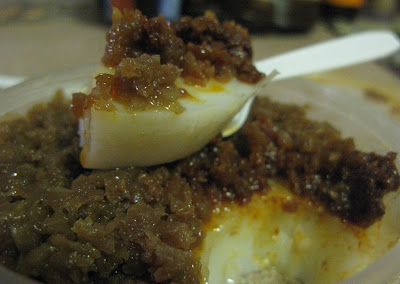 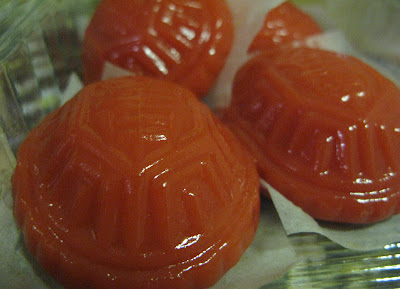 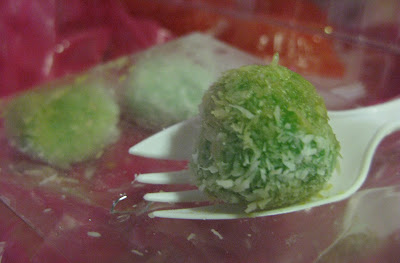 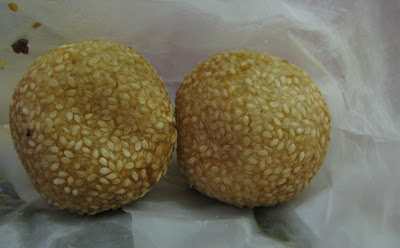 I wish I can have this anytime I wanted to. Unfortunately I can't. I have to finish these in 1 go because if I keep it overnight, it won't taste good anymore...