To celebrate Frances finally finish all her doctor exams in Melbourne and passing all of them with flying colours, we decided to go out to have dinner outside to have yummy food. We went to Aquarium Seafood Chinese Restaurant situated on Great Eastern Hwy near Belmont. Aquarium had won Awards of Excellence for year 2009. 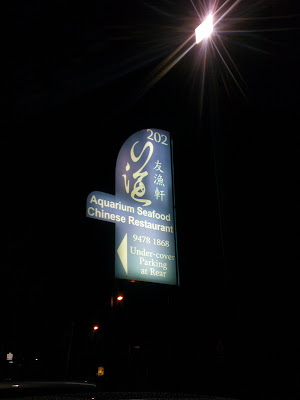 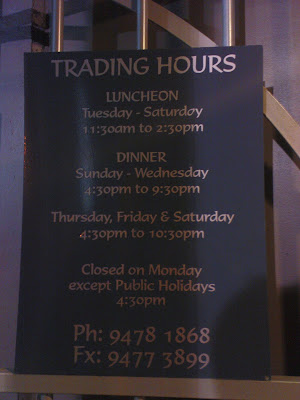 Click the image for larger view.
We never been there before because it does not look like a chinese restaurant from the outside, but we heard from one of Joe's friend William, saying that the food there was quite good, so we thought why not give it a try since it's near. 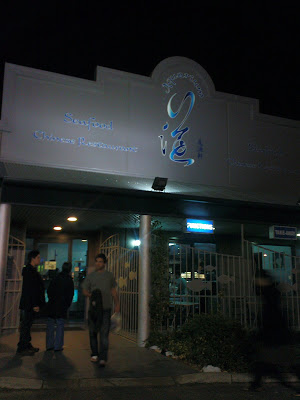 Aquarium does not look like a typical chinese restaurant that decorated with red and yellow colour everywhere. The interior of Aquarium is pretty simple, Huge backdrop of a picture in the sea with corals and fishes, aquarium like photos framed and hanged. 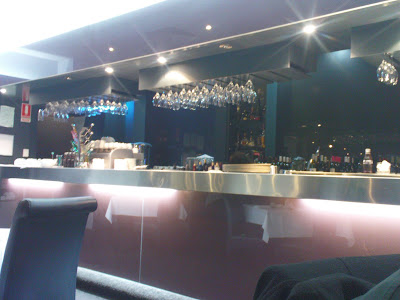 The services was fast and friendly. I guess this restaurant can be considered to be a fine dining place not like those in Northbridge (Chinatown). The menu selection was huge and I can see they had separated the menu into 2 sections. 1st half was the typical Australian-chinese food like honey chicken, cantonese style steak and etc, as for the 2nd half was more to traditional chinese food that caters for the chinese people. It's not because that they are racist or anything, but the way they do it is easy to view and choose, as the asian flavour and western flavour is bit different. 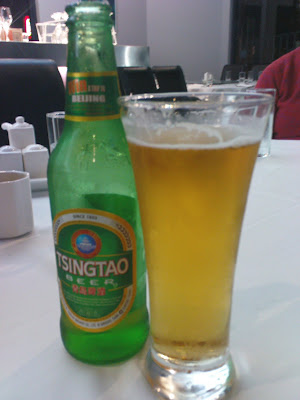 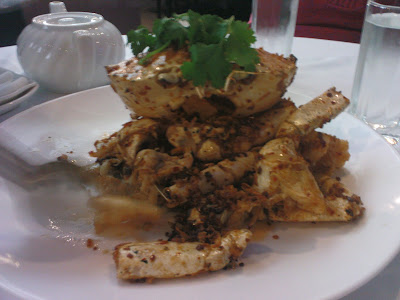 We had Snow Crab as entree.
With Fried shallots and garlic toss with some chilli and salt. Very yummy! 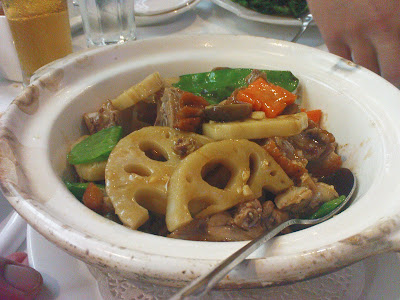 For mains, we had Duck and Lotus Root Claypot
My first time trying a duck & lotus root together and it tasted nice! Except they uses lots of oil to cook it. I guess that is why is yummy haha 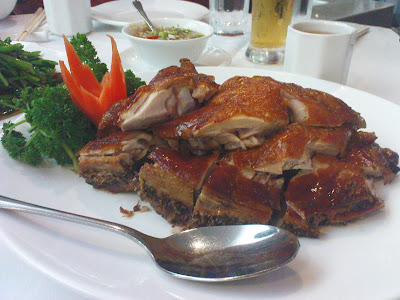 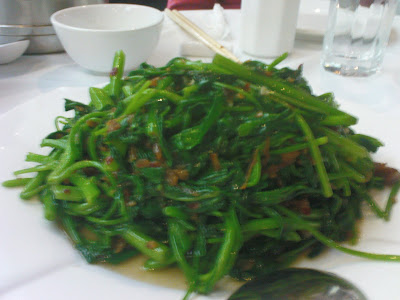 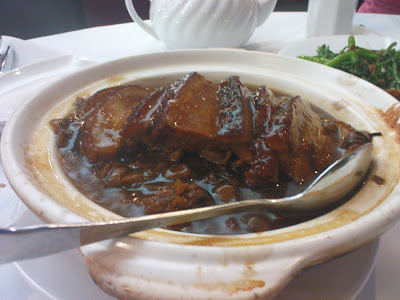 and Mui Choy Kao Yuk (Preserved veges & Pork Belly)
Been trying MCKY wherever chinese restaurant that sells it and I must say this is the best one that I've eaten. Authentic taste. But I still thinks my mom's one the best! Full flavour of MC and KY! Love it! Hope mummy can cook for me when I get back there next year hehe.. ^_^ 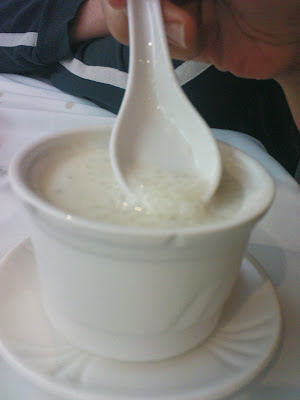 For Dessert, Frances had the Coconut with sago.
We were all surprised to see how much sago they put in there! Everytime you scoop it, it's full of sago! Usually in other chinese restaurant they only give you like a lil bit but this is ALOT! 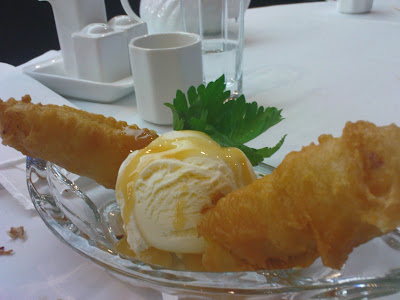 Joe had the Banana Fritter and Ice cream topped with caramel sauce. 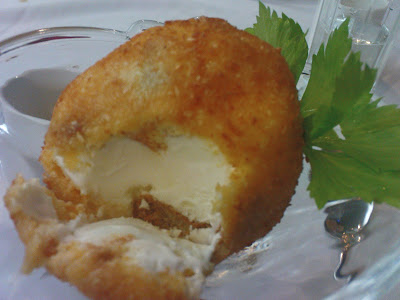 and I had the fried Ice Cream.

The food was excellent and we will definitely going back there. It's convenient, lots of choices, comfortable, good service and huge selections.
The only bad thing about it is they uses too much oil in cooking. The food came out really shiny and of course... Tasty :)