My workmates and I went to Catalano's to have italian food.
None of us had been there before, the service was good and the food was really yummy! 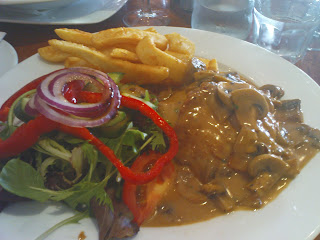 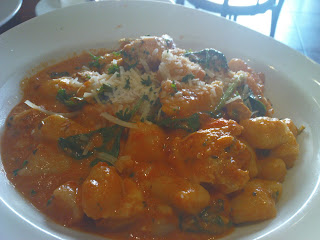 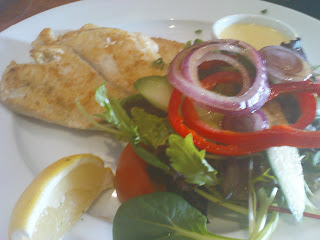 Judy had Fish of the day - Barramundi 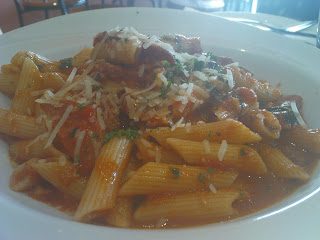 Brooke, my favourite of all my workmates, had Arrabiata Penne

We were so full after that. We took a nice slow short walk to my car then we headed to icey ice since Brooke and Christine haven't tried it before. The owner was very nice to them because they were first time customers, he even gave them some free-bees! 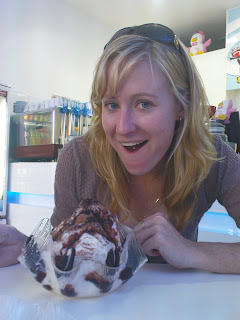 Brooke had a massive oreo ice. It's bigger than her face. haha She felt very sick afterwards but couldn't stop eating it. If she's not careful she'll turn into the size of a house!!! 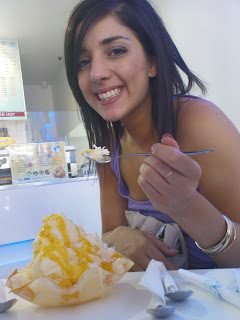 Christine had Mango Ice after a loooonnnggg decision making.
Probably 10mins :P But it was worth the wait. 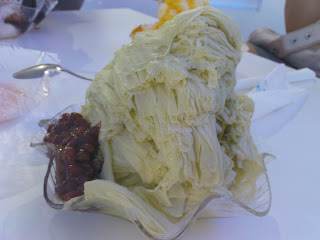 I had the Green Tea Ice with reb bean.
My workmates think this looks like wet cabbage and they don't really like it, especially with the red beans. Probably they are not used to it. But I think its nice! hehe 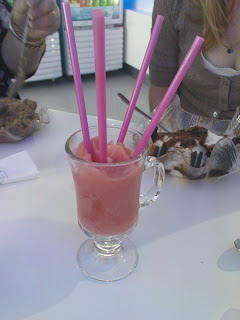 Then the boss gave us watermelon & strawberry Ice on the house!
I was so surprised that he did that! I never get those for free even though I've been there so many times! I must drag my workmates along wherever I go next time! 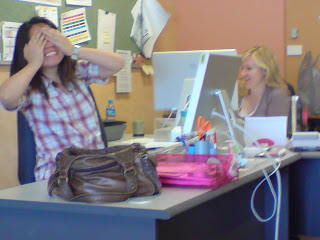 Christine took this photo of me. She took it because I was not in any of the other photos as I'm the one who was taking the pictures. I was so "shy", so I covered my face and SMILE :)

I love my work mates, they are the best workmates ever!!! (this is really Brooke typing not Jojo, ha ha!)

wah wey, your office monitor is cinema display? all macs?

yea man! buy one for me ok! very nice to use eheh

wah greedy la u, u got urself a aluminium macbook oredi mar.. :)