I bought this packet of chips 2 weeks ago.
The reason why I bought this it was because I was interested with the packaging design and it was advertised in a magazine. It should be good, right? 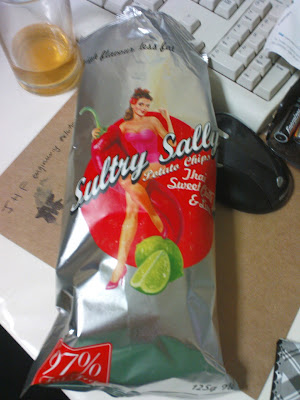 I was very excited and my saliva was flowing out from my mouth while I was tearing open the packet. :D~

After successfully teared open, I put in my hand and reach for a big piece of the so called 97% fat free chip! 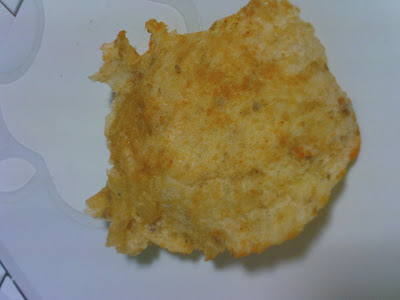 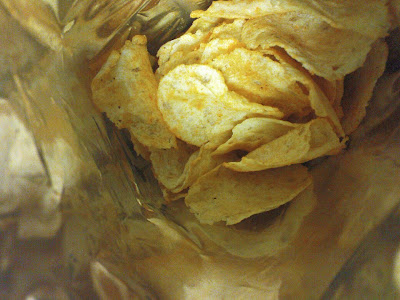 I was very disappointed with the taste and the non-crisp chip. I actually took a second piece hoping that piece I took was a mistake... but it failed me.. It tasted crap still...

Now.. my Sultry Sally is sitting in the tray in the kitchen. I don't want to see that piece of crap ever again in my life!