I attended my company's Christmas Dinner at Burswood yesterday.
It was an enjoying night! 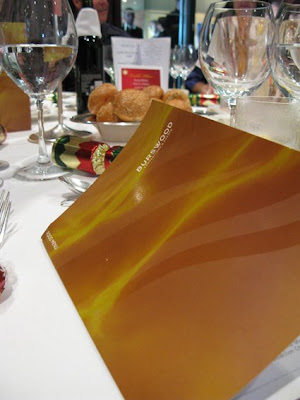 Food was so good. Lots of choices and tasted good! Everybody had a few rounds of drinks too. They all were so hyper that night.
It was a buffet type of dinner. Unlimited. Free flow of wine and beer. 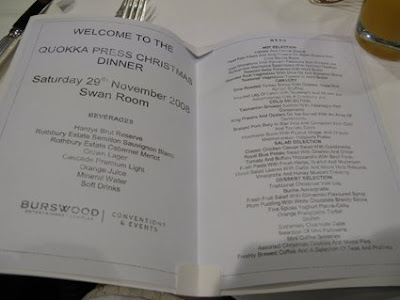 Every table have buns, chocs, and bon bons for everybody. 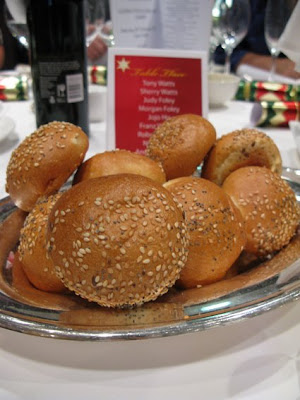 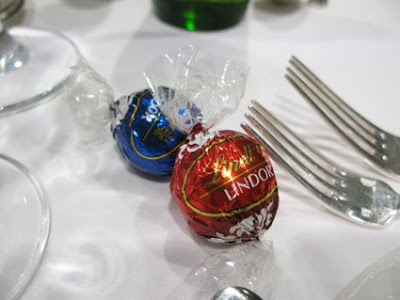 The food was nicely presented. There were 2 sections, 1 for cold dishes and the other one for hot dishes. The one below is cold dishes like oysters, prawns, fruits, ham, salad, sauces and sushi. 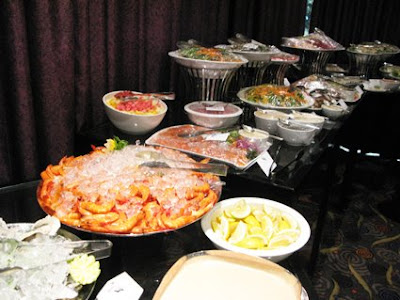 I didn't have the chance to take a photo of those hot food, because I look weird standing at the buffet section alone taking photos :P 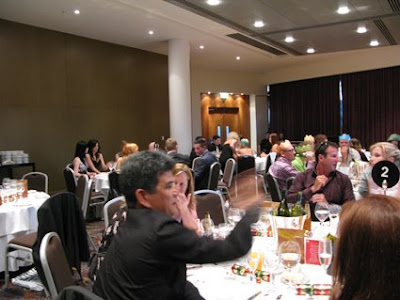 I think there was about 80 people attended the christmas dinner.
Most of them brought their partner along to the party. I bring Joe along of course :)
The party didn't start until nearly 8pm. I was so hungry by that time.. 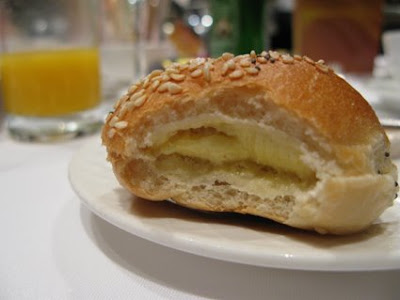 I had to take a bite one of the buns on the table. Or else I will get cranky and dizzy!!
I don't know what will happen by then heheeh joking 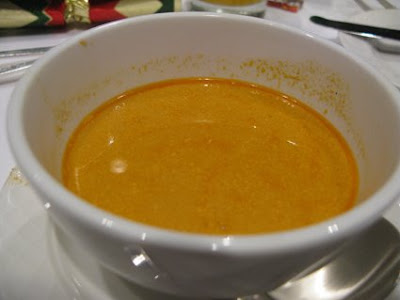 Then I had some Lobster and Fennel Bisque soup.
It tasted like prawn stock.. and can't see any lobster meat in the soup.... -_- 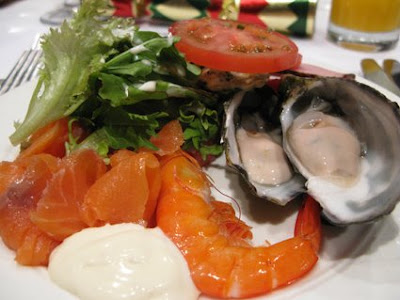 Finally, after a long wait, I get to eat.. I had some salad, prawns, oysters for starters. 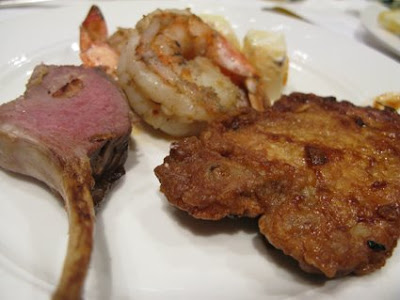 Then some lamb, prawns & some chicken. There were more but I was too full to eat anything.

I realised my stomach is getting smaller. I can't fit much food into my stomach anymore! :(
I wish I'm like a cow.. 4 stomach.. so that I can eat as much as I want and slowly digest whenever I feel like it. There were so much good food, I can't resist!
Look at the desserts! 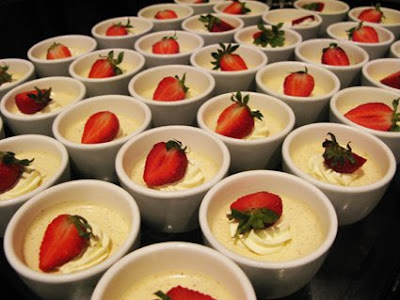 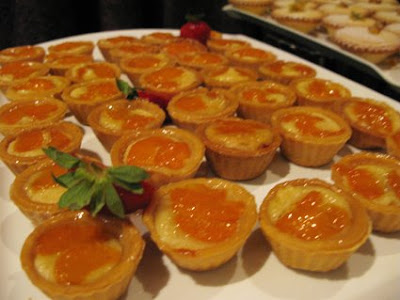 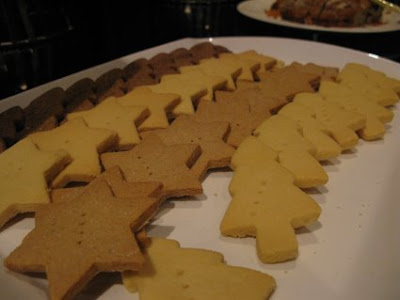 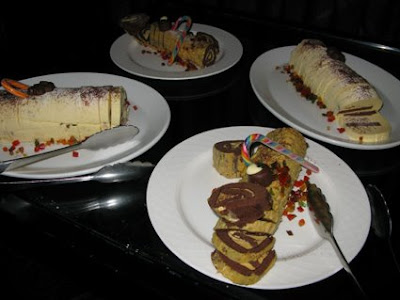 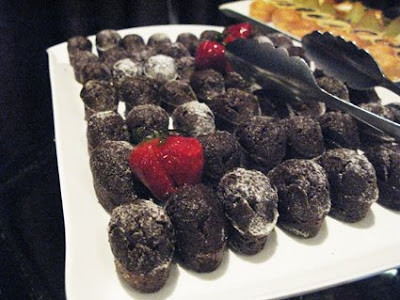 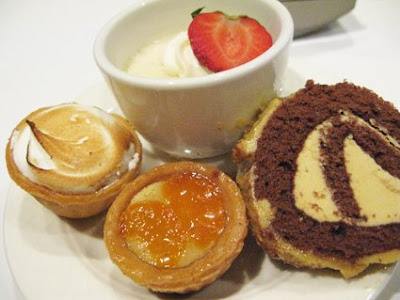 Had to have some ~~~ or else I will regret for life!!!
After Dinner, We had the Award Ceremony. 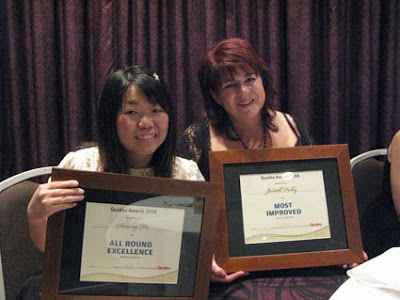 Judy and I got the Award~ So Happii~~
Brooke got the Quokka Person Award.
She was so surprise when Rob announced her name, because she was the one who design and print the certificates and she thought to herself, it's impossible that she will get it!
Well, when there's ME around.. there's nothing is Imposible! ehehehe
Below are the photos of my Colleagues. 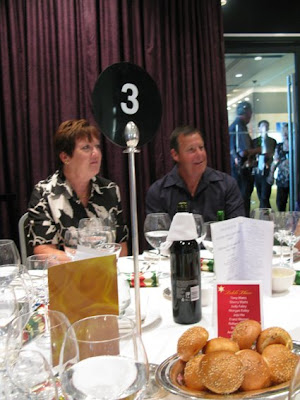 Annette and her husband. 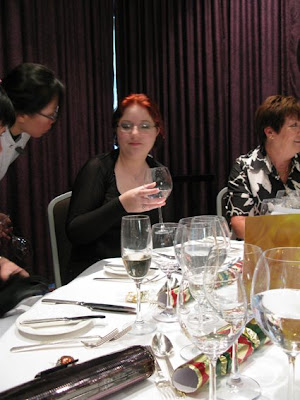 Robyn. She won the Door Prize!! 6 days to Denmark Caravan holiday.
So nice!~~ 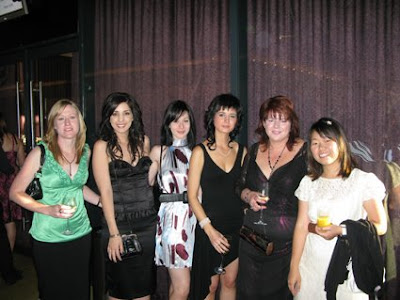 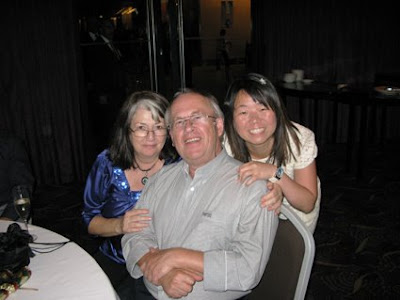 Tony (my manager), Tony's wife Sherry and ME~ 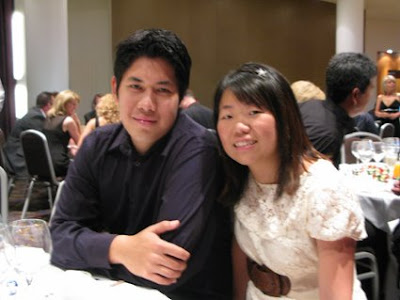 Joe and I
I wish I can have those dessert again now..

wah apa award you won? so proud of you! continue to be good at what you are doing now ;)

how come no picture of joe and you? hiya.

oh ahhaha okok i put up!