Few days ago, in Japanese class, sensei brought in some japanese food for us to try. We were all very excited to try the Japanese food that we dare not try.... 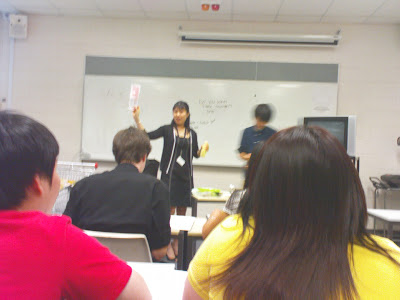 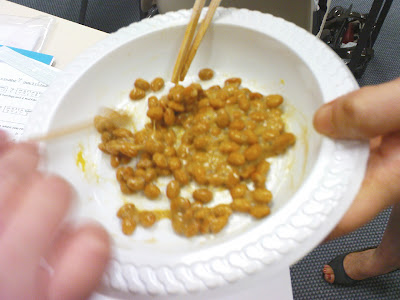 Nattō is a traditional Japanese food made from fermented soybeans, popular especially for breakfast. As a rich source of protein, nattō and the soybean paste miso formed a vital source of nutrition in feudal Japan. For some, nattō can be an acquired taste due to its powerful smell, strong flavor, and sticky consistency. In Japan nattō is most popular in the eastern regions, including Kantō, Tōhoku, and Hokkaido.
http://en.wikipedia.org/wiki/Natto

I've tried it. It's not that bad, but i'm not going to eat that again i guess. :P
To me it tasted like the bean is off, and add on vegemite & glue and mix it around!
I don't know how to explain the taste.. but whatever, I've finally tried it!

Then sensei gave us the Ume Boshi. 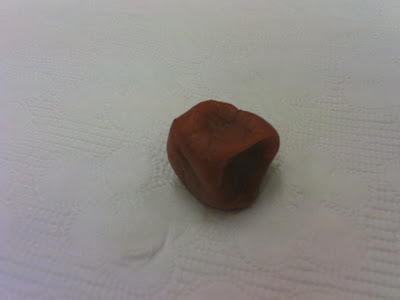 It's really really sour. Most of my friends in the class throw it away after they took a bite of it.
It's nice to eat it during summer with onigiri~ yum~

Then, the red bean thingy. I forgot what it was called, but it was really nice! Not too sweet at all. Jussssst nice.. The Japanese have it for snacks or dessert. 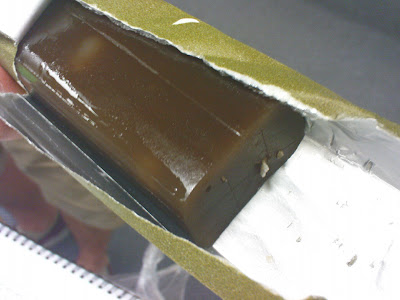 Of course we don't eat the whole lot. They cut it into smaller pieces, about bite size. 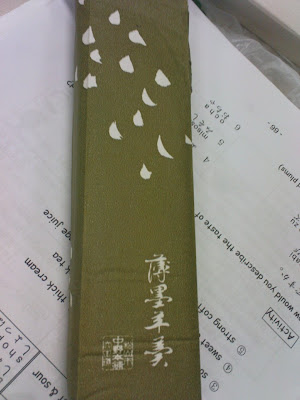 I will try to look for it and buy it, gona bring back home in Malaysia! :)

how can you not know the name of something that you liked the most among all?! ayo.. *pengsan* :p

now im home, i can check my book! I wrote it down, but i cant remember it when i was blogging maaa... It is called YOKAN. :P blek!

"Nattō is a traditional Japanese food made from fermented soybeans, popular especially for breakfast."

I really don't know how to do fermentation, can you give me sample process? I really want to do fermenting vegetables.